The story of Stefan from South Africa: “A job application and 2 months later my first working day in the Netherlands”.

Stefan shakes up typical Dutch sentences such as ‘Tsjonge jonge and ‘You have a no, a yes you can get’ as if they have been stop words for years. Yet Stefan has only been I the Netherlands for 2 months now. He was born and raised in Pretoria (South Africa) and now works through Xelvin as a Chemical Analyst at CCIC Europe Food Test B.V.

The 24-year old Stefan proudly tells about his life in South Africa. ‘’I come from Pretoria, a beautiful city. It is very expansive and specious with a diameter 40 kilometers. For me the villages and towns in the Netherlands now feel very small and cozy’’.

In Pretoria, Stefan has a large social network. He goes to church there and many of his friends belong to the community. “Especially the first month in the Netherlands, I missed the community and being together very much.” In addition, Stefan paints in his spare time. “I like to make something with my hands. Before I left to go to the Netherlands, I made a painting for my parents. It is now official that I moved out and I am very grateful to my parents for everything they have done for me.”

Stefan has never sat still. Not even at school. “I was always very interested in mathematics, physics and chemistry. The hard science. In South Africa, having a good and permanent job is quite a luxury. If you’ve studied chemistry, you’re more likely to find a job where you can work hands-on with science right away. This is not the case with physics. “That’s why I chose chemistry”. Achiever has recently graduated with flying colors.

Emigrating to the Netherlands

Wait a minute… we hear you thinking: ‘Chemistry is a good option if you want to have a chance to get a job, but you moved to the Netherlands for work anyways?’ ‘’That’s right. There is currently little employment in South Africa,” says Stefan with some regret. “The unemployment rate is currently 44%. And from a larger perspective, now is the most favorable time for me to embark on such an adventure. I don’t have anything that binds me to a place yet. Where I can work, I can live.”

Stefan didn’t hesitate and immediately searched for the term ‘Chemical Analyst’ in Dronten, the Netherlands. “My brother lives in Dronten, hence this search area”. That’s where Xelvin’s vacancy came up. “I remember it well. I applied on Friday the 25th of June. That same day I received a response from Erik van der Meij. The following week we got acquainted, prepared the application and I had the job interview at CCIC Europe Food Test B.V. The following week I was hired! I thought to myself ‘boy’ that’s a great opportunity and I’m going for it!”

Then it all went very fast. I found a place to live, Xelvin booked the airplane ticket and I ‘came home’ in the Netherlands.” My grandfather and grandmother were born in the Netherlands, but emigrated to South Africa after the 2nd World War. So I have 100% Dutch blood. Although I left my father, mother and brother in South Africa, it feels a bit like coming home to the Netherlands. My oldest brother also lives 1.8 km away from me, also in Dronten. This makes integration a lot easier.”

Plans for the future

Stefan is not yet able to make plans for the future. “In any case, I want to finish successfully at work this year. Time will tell if I feel at home in the Netherlands after a year and if I want to stay here permanently. When I think about spring in South Africa right now, I feel homesick. It’s so beautiful there now,” says Stefan. “At the same time, I’m a bit worried about the winter in the Netherlands. I have heard few positive stories about it haha.”

Expat dinners and support from the Netherlands

Xelvin also organizes activities to get to know the Netherlands and other expat colleagues. “There are many South Africans in the Netherlands, so I hope that I can also build a nice social network here in the Netherlands. In any case, I feel very much supported by Xelvin. Just the idea of not being left on my own devices makes me feel really good!” 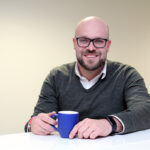