The Shamrocks comes from the time when we welcomed the first group of Irish colleagues. At that time, we conducted a survey about what employees missed the most from Ireland. Of course you want your colleagues to feel at home as soon as possible. Our thought was: nature in Ireland, their mother’s food, etc. Some of our assumptions were true, but something very important was not among our assumptions. A real tradition and a great passion of many Irish people: GAELIC SPORTS! The ball literally started rolling and an Irish Gaelic football club was founded. Eindhoven Shamrocks GFC. Xelvin is the main sponsor together with the Irish pub in Eindhoven. We have a nice cooperation, for over eight years now. When new Irish colleagues start working for us, they immediately receive an email from the Shamrocks with an invitation to a training. You often see that they stick around and become active within the team. But what are Gaelic Sports exactly? We held an interview with Colin Hamilton and he will explain you more about Gaelic Sports!

Colin, tell me something about yourself!

‘’So I’ve been in the Netherlands since April 2017 and I came here through Xelvin and you’re not going to be surprised but I have been working for ASML! I grew up in Ireland obviously, so I have played Gaelic football my whole life. When I left Ireland to come to the Netherlands, I was expecting that I couldn’t play Gaelic football for a while anymore. So I moved here and started working at ASML, and then I heard that there was a Gaelic football team in Eindhoven! I didn’t know what to expect, and I didn’t know what their level was, but I found out that it was a very social team with people that really have passion for the sport. It actually stoked my passion for the game up as well.’’

Can you tell us more about Gaelic Football

‘’So the sport itself is for the past century an Irish tradition, in different ways and cultures it kind of set structure for itself. So in 1884 it promotes the Irish language and the Irish culture, from that point we had some proper rules regarding to the games and since then it is the number one sport in Ireland! You can think of it as a hybrid between soccer and rugby, we use a leather football, which is a bit heavier than a soccer ball. And we can hold it in our hands and catch it like rugby, and we can kick it like a soccer ball. The goals are a little bit smaller than the soccer goals and they basically look like rugby goals, except there is a net. So it’s a combination of the two.’’

Is it an aggressive sport?

‘’it’s a quiet aggressive sport’’ Says Colin while laughing. ‘’We don’t tackle like in rugby but you can for example use you shoulder to make contact and you can use your hands to interact with the ball, so it is quiet physical. But it is a really friendly sport as well, you shake your hands afterwards and it is done.’’

How is the competition in Holland?

‘’In the Netherlands there are about six teams, so we play in the Benelux region (Belgium, the Netherlands and Luxembourg) and there are two teams in Belgium and there is one team in Luxembourg. Which means you play the same teams all the time but there’s definitely a bit of rivalry there, so that’s nice as well!’’

When looking at training, how is it arranged?

”So on Mondays we do Hurling (which is also an Irish sport but then similar to hockey, but you can use your hands and catch the ball), and on Wednesdays we do Gaelic football. So within the Shamrocks you can play Hurling and Gaelic Football! We have about 4 to 5 main tournaments per year, once a month during the summer. In September and October we have the European games, where teams all over Europe come together at a certain area and play against each other’s over a weekend. It is a quiet big event, it’s the biggest event in Europe when looking at Gaelic football and for over the last few years it has been arranged in the Netherlands in Maastricht. Those are really fun games to watch, there is always a very good atmosphere.”

What about the rules of the games? How does it work?

”So basically in Gaelic Football when comparing it to soccer, where you can run with the ball as far as you want, with Gaelic Football it is not possible to run where ever you want with the ball without doing one of the two actions. So you can run up to four steps but then you have to do an action to continue your run. So either you have to do a ‘solo’ which is dropping the ball on your foot and kick it back into your hand, so it is literally an action while you’re running. You can do as many of those as you want, so for example you can do two or three of those while you’re running and you can also bounce the ball but you cannot bounce the ball 2 times in one session. You must, when you bounce the ball follow it up with a solo.

The scoring system is similar to soccer. So in Gaelic Football you have rugby goals with a net, if you kick the ball over the crossbar you will get what is called a ‘point’. If you kick the ball into the net you will get a ‘goal’ just like in soccer, but a goal is worth 3 points, so you prefer to score goals rather than points. The team with the most points at the end of the game will win the game!

The other thing you need to know is that in a normal game of Gaelic Football, you have 15 players in each team but in the Benelux region you play with 11 players in each team because of the smaller size of the pitch. During the training sessions we are with quiet some people, about 20 to 30 people per training.”

With what kind of people do you play?

”So we play with students, with colleagues from ASML, people that work in the Irish pub in Eindhoven and we also have Dutch people and other nationalities that play. So we have an international community, which is really cool. It doesn’t matter where you’re from, if you want to play Gaelic Sports and if you want to be part of the team you can join the team!
What’s also nice to mention is that we travel quiet a lot with the team to play in different countries, so if you like travelling and explore different countries it is a great opportunity. Everyone is welcome to watch and play the games with us. And obviously we watch the big games in O’sheas in Eindhoven, which is also really nice.” 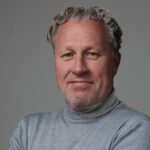